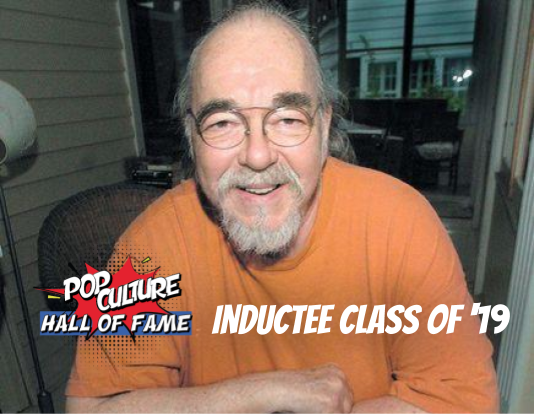 Dungeons & Dragons. It’s a series so synonymous with nerd culture, many have only heard the references without playing the actual game. Although it’s attained a legendary status fit for the wizards and magical creatures it contains, Dungeons & Dragons (D&D if you’re cool) is a very real game, with a creator who is, in fact, a mortal human being. That man’s name was Gary Gygax. For his huge impact on gaming and Pop Culture, we’re welcoming Gygax to the Pop Culture Hall of Fame Inductee Class of 2019.

From Lake Geneva in Wisconsin, Gary and his gang of tabletop wargaming friends (most notably Dave Arneson) hatched the idea for a new kind of wargame. A game without the strict, static rules of contemporary wargames based around historical accuracy, but a more creative, more freewheeling game powered by imagination rather than pure statistics.

Starting with the raw material from previous games, including Chainmail, Gygax’s first attempt at a D&D-like game, the team formed Tactical Studies Rules, a publishing company that distributed the new game Dungeons and Dragons. After a slow start, D&D was soon on a conquest, bringing in millions in sales and sprouting a whole new type of gaming in the process.

In D&D, a dungeon master lays out a campaign with specific scenarios that other players must respond to. In determining everything from attacks to a player’s next move, one rolls the now well-known 20-sided die, a piece of Gygax’s brilliant game design ensuring every roll has an exact 5% chance.

Beyond the game itself (and its many subsequent iterations), D&D has spawned a huge amount of figures, other types of games and collectibles, not to mention the countless franchises that may not exist today if it wasn’t for Gygax and his game paving the way. Gygax passed away in 2008, but D&D continues to joy to millions of gamers. For establishing nerd culture firmly into the Pop Culture world, we’re happy to induct Gary Gygax into this year’s Hall of Fame Inductee Class (no roll needed). 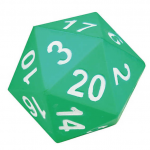