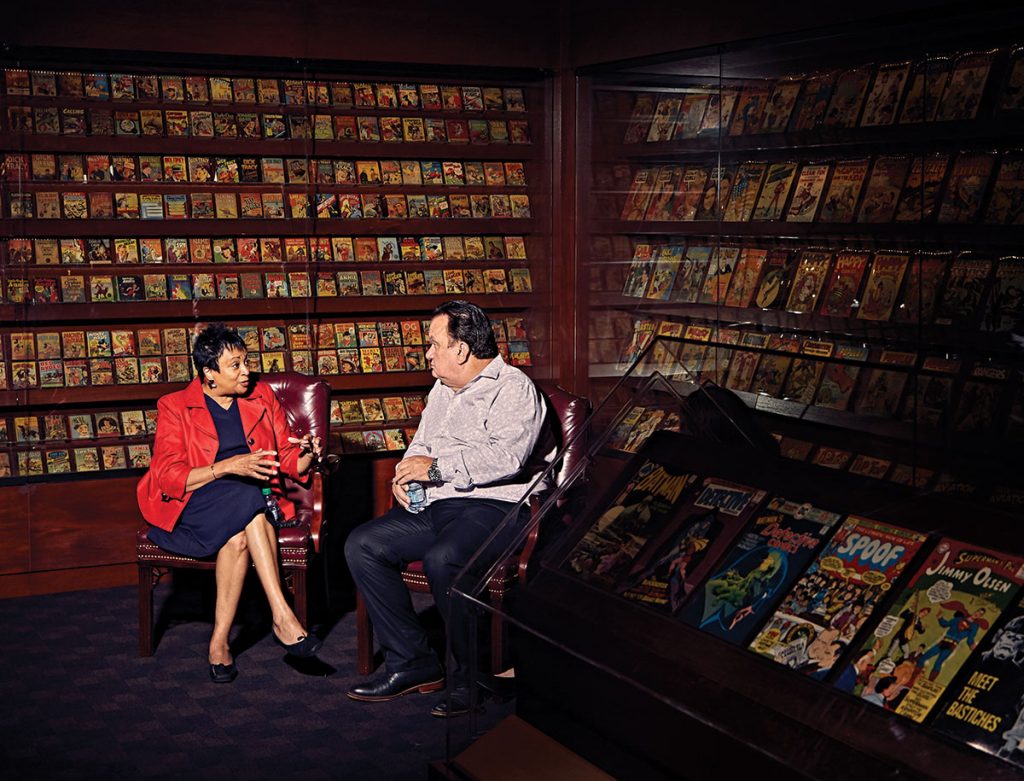 Steve Geppi, who has made a career of distributing comic books to millions of readers (and the stores they shop in) has decided more comics belong in the library.

The Library of Congress, specifically. And we’re talking about over 3,000 items, all donated from the recently closed Geppi Collection of Comics and Arts. The museum was around for over a decade in Baltimore, full of rare comics dating all the way back to the Golden Age, which began in the late 1930s with the introduction of Batman and Superman.

The donation also includes movie posters as well as remnants of the old printing process, such as woodblock print plates.

According to Carla Hayden, a spokesperson at the Library of Congress, the collection was already the home to the nation’s largest collection of comic books, cartoon art and related ephemera. The Library already held more than 140,000 issues of some 13,000 comic book titles, also dating back to the 1930s. Many firsts and some of the most important comics in history are there, including the first comic book sold on newsstands, the first comics featuring Batman and other iconic characters, such as All-Star Comics #8, with the first appearance of Wonder Woman. Incredibly, Geppi’s donation will include many issues that weren’t already in the archive.

Geppi is proud of his contribution. “When I began collecting comic books as a young boy and then in earnest in 1972, I would have never dreamed that a major portion of my collection would find a home at the Library of Congress, alongside the papers of 23 presidents, the Gutenberg Bible and Thomas Jefferson’s library,” said Geppi. “This gift will help celebrate the history of comics and pop culture and their role in promoting literacy.”

Besides comics, Geppi is donating items representing various pop culture icons. Included are some Beatles memorabilia, a collection of flicker rings of comic book characters and political figures such as Martin Luther King Jr., Richard Outcault’s The Yellow Kid printing blocks and an original Kodak No. 2 Brownie camera model F. His donation doesn’t include the entire contents of the Geppi Collection of Comics and Arts… yet. He will consider future donations as well.  “I view this newly established connection to the Library of Congress as the beginning of a long-term relationship,” said Geppi.

Geppi is a 2018 Inductee in the Pop Culture Hall of Fame for his role in creating the modern model of publishing and selling comics via Diamond Comic Distributors.  We are proud of you, Steve!