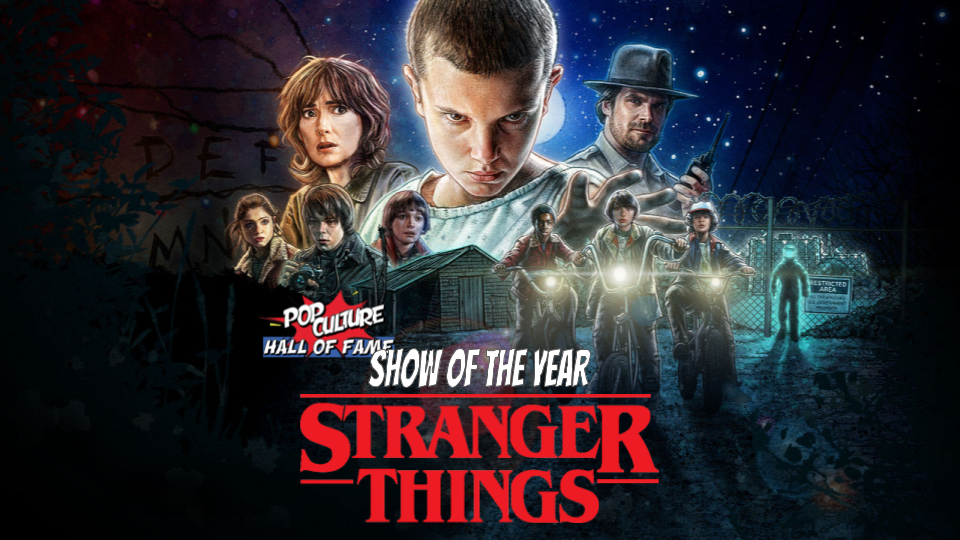 According to Jonathan Byers, the “Weirdo on Maple Street” turned-hero from season 1 of Netflix’s Stranger Things, “You shouldn’t like things because people tell you you’re supposed to,” and while that may be sage advice in many ways, with Stranger Things, it isn’t. This retro-inspired sleeper hit in many ways found its success through retro-inspired means. As the passion project of two brothers, Stranger Things was somewhat of a gamble by Netflix, then just starting its own line of shows. Its success spread through word of mouth on social media, and warmed out hearts with neon glow while chilling us with good-ol’ fashion popcorn wolfing, date-night style horror. Now with 3 seasons under its belt and a fourth on the way, Stranger Things has paved the way for streaming success and shown that lovingly crafted, fun-to-watch series’  have a place on modern TV. With that, its our Pop Culture Hall of Fame Show of the Year for 2019. 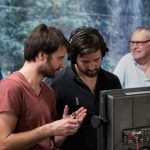 Before Stranger Things, the shows creators, Matt and Ross Duffer, had studied film and worked on their own modest horror project before helping produce M. Night Shamylan’s Wayward Pines series. So when their idea reached Netflix, it was the first time the duo had pitched a creation of their own on such a scale. Evidently pre-occupied with this fact, the show was reportedly rejected by more than a dozen other networks, but audiences soon saw what so many networks missed.

Within the first 10 minutes after the show’s iconic title sequence ( with giant, transparent red letters inspired by Stephen King books)  Stranger Things had treated us to a wealth of Nostalgia we didn’t know we needed: A beautiful synthwave soundtrack, an E.T. style round-table game-night, unnamed scientists fleeing unseen monsters and (last but not least) a dad adjusting TV rabbit ears. Though many movies have sought to pay homage to the iconic 80’s era of cinema, Stranger Things really made us feel like we were living in 1983 Hawkins, Indiana.

When Jonathan Byers remembered delivering that line to his brother Will, he was struggling with guilt and depression after Will’s mysterious disappearance. The stress was getting him bullied at school by Steve Harrington, the had-it-all popular guy whose girlfriend Nancy Wheeler was the older sister of one of Will’s best friends, Mike. It was obsessing his mother Joyce, who swore Will was trying to contact her through Christmas lights in the family living room. It was drawing the attention of authorities, some good (like Jim Hopper), some scary, and it became the mission of his friends to solve.

With inspiration from films like Stand By Me and plenty of others, the Duffer Brothers and the shows incredible cast made us feel like we were in the loop. We made our own theories. We cared about Dustin when he was being bullied for his cleidocranial dysplasia, and we cheered Eleven when she got payback. We warned Barb not to hang out alone on that diving board, and we booed Steve when he picked on Jonathan for allegedly stealing Nancy’s affection. We gulped at the sight of Dr. Brenner, and screamed at the sound of the Demogorgon.

The response was overwhelming. Stranger Things became a huge success and one of the most popular streaming shows of all time, garnering a huge following. Glowing reviews poured in, and Netflix renewed the show for a second, then a third season as we followed the coming-of-age of the shows adolescent characters while continuing to explore and conquer the mysteries of Hawkins and its “worried-if-you-could-not-if-you-should” scientists. 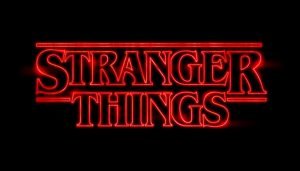 Though the show is most often compared to the films and time its inspired by, what viewers get from Stranger Things is more than just Nostalgia. We get a loving reintroduction to the idea of seriously thought out, yet fun, cinema that seemed to thrive in the 80’s and mostly importantly, a damn good show. With its masterful blend of nostalgia, drama, horror and sci-fi, we’re proud to have Stranger Things as Show of the Year.