Rumiko Takahashi has said she didn’t consider being a comic artist when she was a kid, even though she doodled in the margins of her notebooks in school. Some people are just born to do what they do, and eventually, she gave in and became one of Japan’s most prominent manga creators. For that realization, she is inducted into the Pop Culture Hall of Fame as an Artist for 2022.

By the time she graduated from high school, she was clearly on a path toward excellence. She enrolled in Gekiga Sonjuku, a manga school founded by Kazuo Koike, author of Crying Freeman and Lone Wolf and Cub. From there, she published her first works while still a teenager including Time Warp Trouble, Shake Your Buddha, and the Golden Gods of Poverty in Weekly Shōnen Sunday magazine.

She would continue to create for that publication for the next 20 years, so that worked out nicely for everyone. One of her most famous long-form manga creations, The Mermaid Saga ran there until 1994.

In the late ‘80s. she really stirred things up with Ranma 1/2, her take on shonen martial arts. Prior to her contributions, the genre was pretty male-centric, but she blew that dynamic up in short time. Japanese comics have always included a lot of material geared toward girls, but Takahashi really broke new ground with these adventure stories. Ranma also became one of the first manga titles of the era to really grab the attention of American readers.

The popularity of her work in the U.S. was puzzling to her at first. “When I see an American comedy, even though the jokes are translated, there’s always a moment when I feel puzzled and think, Ah, Americans would probably laugh at this more,” she said. “I suppose the same thing must happen with my books.” She didn’t let it bother her too much. 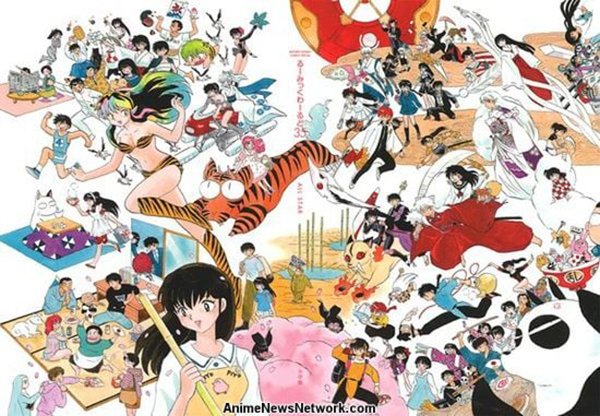 Remember her story if your child’s teacher ever complains that they spend too much time doodling and not enough time taking notes. Rumiko Takahashi’s marginal doodles were the most important thing she learned as a teenager, and we can all learn from her experience. For that lesson, Rumiko Takahashi is inducted into the Pop Culture Hall of Fame for 2022.