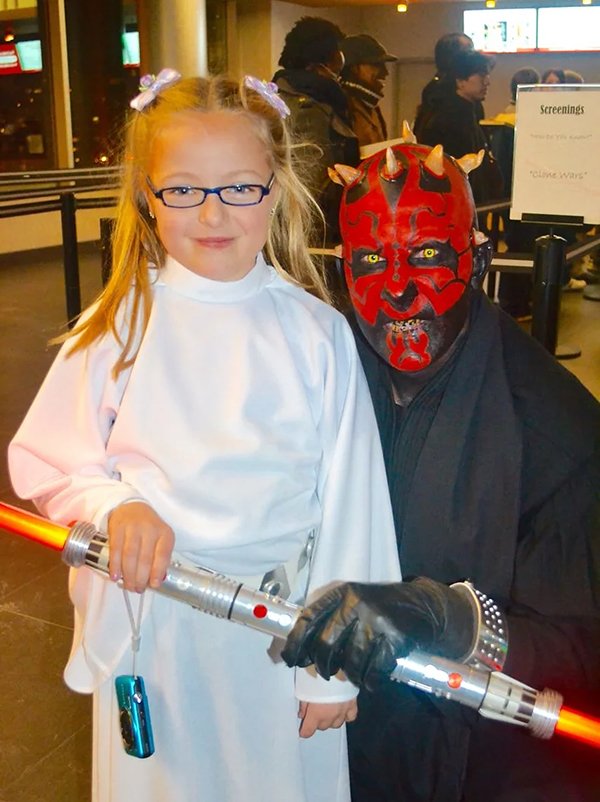 A journey begins with a single step. And maybe someone making fun of you for some reason, even if it’s your Star Wars backpack. The Pop Culture Hero Coalition began with such a small thing and has become something majestic and powerful. For that journey, they are inducted into the Pop Culture Hall of Fame as a Charity for 2022.

There was once a time when authority figures frowned on comic books and movies as bad influences on kids. They were deemed as unacceptable forms of culture that only rotted their impressionable minds. Safe to say, Marvel, Star Wars, Harry Potter, and other entertainment of that ilk rule the day now. Kids read this if they read anything at all.

That last part is key: if they read anything at all. Adults might want to embrace the fact their kids do occasionally have their noses in a book. The Pop Culture Coalition is a combination of educational resources, social programs, networking, and funding to combat bullying. And they achieve those goals largely through “the hero’s journey” along with a healthy dose of comics and pop culture.

Back to the backpack… it started with a little girl named Katie who had a Star Wars backpack. Kids at school picked on her since “Star Wars is for boys.” Sounds silly, but she took it hard. Carrie Goldmann, her mother, wrote a blog article looking for support from female Star Wars fans, and thousands of responses poured in. 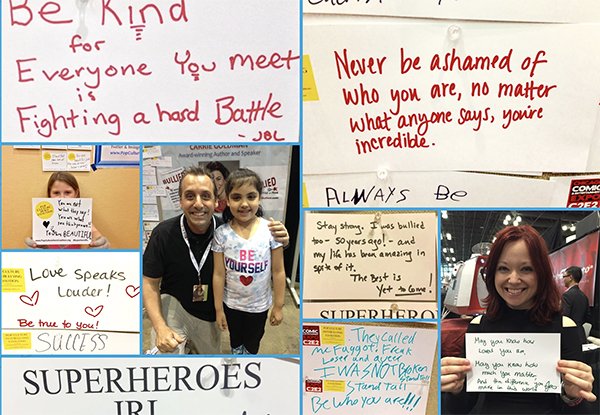 The two of them attended the Geek Girl Con in Seattle in 2011 as guests of honor. Their story had caught the attention of Chase Masterson, best known for her roles in Star Trek, and Doctor Who projects. She was already doing charitable work with Homeboy Industries, to help turn former gang members’ lives around.

So they co-founded the project soon after. Goldmann has also gone on to write about bullying and social conflict and is now a renowned author on the subject, interviewing several sci-fi and fantasy contributors in the process. Together they decided the concept of “the hero’s journey” fit their narrative and purpose.

The idea of the hero’s journey differs from one source to another, but it’s basically this: Someone sets forth in familiar territory, steps into the unknown, faces a challenge, hits an abyss of sorts, fights through it, and returns home stronger and wiser. Whether those territories are literally space or emotional or conflict-based, the message is clear. You got this.

Kids might be bullied for many reasons: race, being poor, being small, acting geeky, identifying as LGBTQ, or just carrying the wrong backpack. The hero’s journey is a compelling narrative that might inspire them to push forward, stay confident, and most importantly, feel hope that better days will come.

The Pop Culture Hero Coalition embraces fictional examples of the struggle, found in countless children’s stories, science fiction, fantasy, and comics. “Every child deserves to be mentally healthy,” it says on its website. “And secure, empathetic, and resilient kids are the key to a positive future for us all.” Katie sure came out stronger for the journey.

You can learn more about how to help the program or obtain ideas and materials for school programs at popculturehero.org. For reminding us that heroes come in all sizes, the Pop Culture Hero Coalition is inducted into the Pop Culture Hall of Fame.