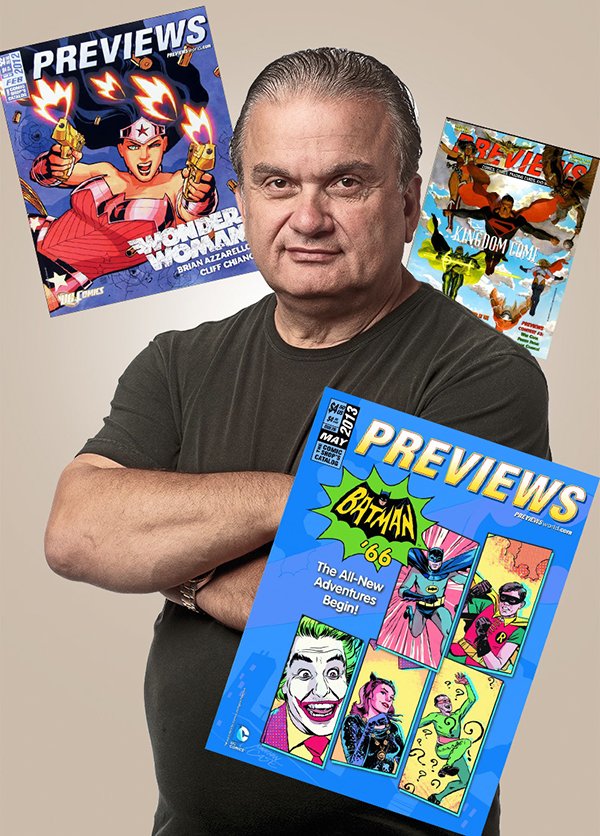 One of the biggest success stories in comic book history isn’t known for drawing or writing any comics. In fact, he’s not really known for any part of the creation of comics. Steve Geppi is the founder of Diamond Comic Distributors, who have become a titan – actually THE titan in the comics distribution business.

For his game-changing volume of work in the comics industry, Steve Geppi is an inductee of the Pop Culture Hall of Fame for 2018.

In in 1972 when he was in his early 20s, Geppi rediscovered his love of comics when he found his nephew reading an old Batman comic. He bought some second-hand comics from a woman on his mail delivery route, then began hitting flea markets and comic shows looking to trade.

Those trades eventually became sales, and he quit his regular job as a mailman to focus on attending more comics shows. in 1974 he opened his first comic book store, although he realized there was even more money to be made as the middleman who distributes the product to others. He eventually bought New Media/Irjax, a once large but then struggling distributor and created Diamond Comic Distributors.

As other competitors attempted to copy his business model, they failed, folded, and sold to Geppi, increasing his market share even further. Reaching out to fans, he started a magazine called “Previews” to, well, preview upcoming titles to consumers. There were no direct sales to consumers, but, they could pester their local comic book store to carry the titles they wanted.

Geppi has also become a comics publisher, producing nicely packaged reprints of old comics from EC and Disney. Many of these titles are from the same era when he was a child, another chance to rekindle his love of old comics.