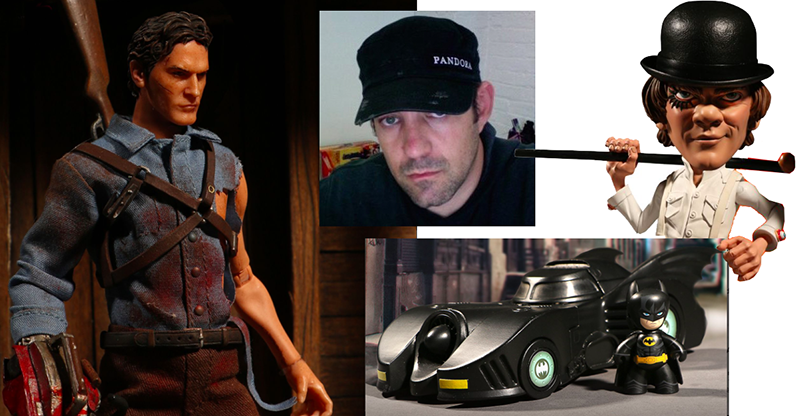 The sheer number of companies producing action figures can be astonishing. One might think collectors aren’t often concerned with who makes it as much as who it represents. But when a company achieves a legendary level of detail and thoughtful design, a name like Mezco Toyz can be a huge selling point. For their amazing articulation and well-thought details, Mez Markowitz of Mezco Toyz is a 2017 inductee of the Pop Culture Hall of Fame.

Mezco made a splash in the early 2000s securing licenses for the “Hellboy” movie and “Family Guy” TV show. “Revolution Studios pitched “Hellboy” to me when it was available,” Mez said. “Trust me, it wasn’t like it was a hard sell on their end… I was real eager to get the license.

Mez can geek out quite a bit when talking about his figures, or action figures in general. As a collector himself, he loves the variety of styles and purposes of such toys and collectibles. After al, their slogan is “By collectors, for collectors.”

One area where Mezco excels is combining features from the movie version of character and the comics version. Even though their Hellboy figures were supposed to be based on the Ron Perlman movie portrayal, Mezco took some liberties. “I wanted the stone hand to be bigger, like in the comic,” he said, “and I wanted Hellboy’s features more chiseled, again like in the comic.”

Mezco’s offerings skew more adult than most toy and figure companies, but not always. They create figures for popluar DC and Marvel titles such as Iron Man or Batman, and the Living Dead Dolls are creepy and gothic, but not terrifying.

Poseability is a priority for Mezco. “I try to articulate all our product where and when it makes sense,” said Mez. “I assume the core consumer is a collector. I want the consumer to be able to interact with the figure. Some companies do this by adding action features, some by capturing an iconic moment or pose.

When asked about other companies who have worked for the same properties, Mez tends to be flattering. As far Mezco products being compared to others, Mez said, “McFarlane makes some great stuff, so I’ll take it as a compliment.”