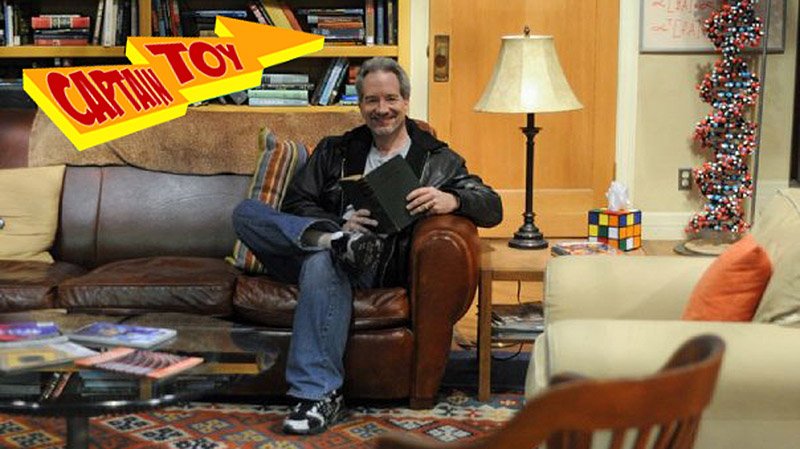 When we think of people in the toy industry, we tend to think of the folks who work directly for a particular brand or license. Michael Crawford doesn’t work for any of those companies, but as a writer and blogger, he plays a huge role in the popularity of action figures. He’s best know for his Captain Toy website with its weekly reviews.

As a collector himself, he is as passionate as anyone about action figures, which is why he is now a member of the Pop Culture Hall of Fame.

Captain Toy has been honoring the best action figures since 2000, with his annual “Poppies” Awards. He also does frequent top ten lists, such as including older models.

But he’s also known for singling out the most disappointing figures each year. It’s refreshing to hear from someone in the field who doesn’t have to automatically praise every single toy to stay in the industry’s good graces. In his regular reviews throughout the year, he offers criticism where he thinks it’s warranted. “I have a very good relationship with most of the companies,” he said. “Toy companies have always responded well to my reviews, because I do my very best to remain fair in my assessments and they appreciate that. I hear from them on a regular basis that they read my reviews and take the information into consideration.”

Crawford is a fixture at comic cons and toy fairs. He reviews the big shows the same way as individual toys, pointing out the good and bad. Not only does he get a jump on the latest toy news, but he also gets to share the world of action figures with his kids.

The Simpsons have long been a favorite line of his. “I remain a huge fan of the show, although I do believe that the writing has had its ups and downs over the years,” he said. “I probably have more Simpsons merchandise than any other license.”

Crawford has advice for collectors, as well. “Just a reminder to all the collectors like me out there,” he said. “The only thing keeping you and me off the ‘Hoarders’ show is a good sense of organization.”