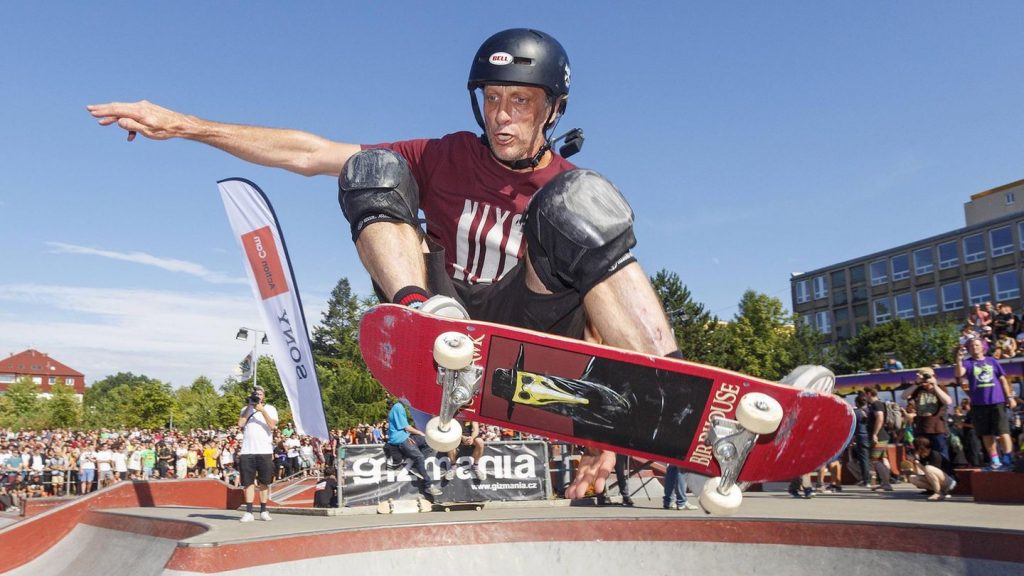 Legendary skateboarder Tony Hawk was inducted into the Pop Culture Hall of Fame as part of the 2016 class. He has basically lived the dream of kids all over the world, turning skateboarding into a career and doing it well into adulthood.

He is best known for his pioneering tricks on the halfpipe, inventing tricks so advanced that by the time others caught up and mastered them, he had moved onto the next challenge. He is widely considered the first skater to stick a 900 (that’s two and a half turns and a smooth landing!). Extreme sports of all types, including snowboarding owe him a huge debt as well. It’s safe to say the X Games and Olympic snowboarding wouldn’t exist without his influence.

Hawk has been active in promoting skateboarding across the country by sponsoring and helping to build dedicated parks in underprivileged areas. He also inspired his own line of video games from Activision, which taught a generation of gamers how to navigate a skatepark without the risk of getting hurt.