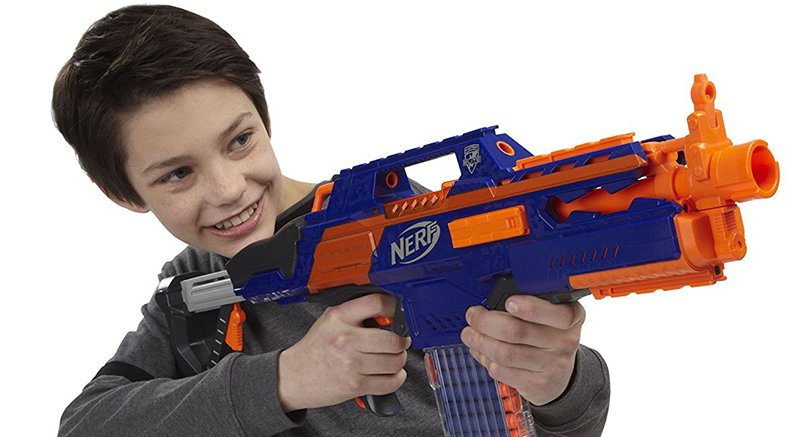 NERF, the company that pioneered safe, relatively destruction-free indoor play, is the latest company to join the Pop Culture Hall of Fame.

The idea of tossing a baseball or volleyball inside the house has always had great appeal to kids, without regard to the likely damage that would result in such horseplay. With that in mind, Parker Brothers set out to create a range of “safe” indoor sporting equipment. The result was the NERF line of soft foam toys.

Lightweight sponge balls that could be tossed with authority but with very little force behind them, were a hit with kids and parents alike starting in 1969.(Never mind the carnage caused by children crashing hard into the door to dunk a NERF basketball over a friend…)

Bright colors and smaller, kid-friendly sizes for the toys made the brand an instant hit. The NERF line expanded into heavier outdoor equipment in the 1970s with their new football. It was heavier and denser than the original foam toys, but still much less painful than a real football when hitting someone in the noggin.

Today, NERF is best known for their dart-firing blasters and archery equipment. Countless birthday parties have centered around kids bringing their arsenal of blasters and hundreds of lightweight foam darts, running around the yard, blasting harmlessly away. In fact, NERF has produced about 350 different projectile launchers, so they have become collectibles as well as toys. It’s estimated there are over four billion of those foam darts in the world (how many of them are in your yard?). As always, the mission is good, safe fun with minimal damage to to the furniture.