Michael Jordan may be the greatest basketball player in history, but for many folks, his off-court impact is even more memorable. Solidly fundamental play punctuated with high-flying dunks led to a bevy of endorsement deals, movies, and other unforgettable moments. His star is still shining 30 years later. All of which is why Micahel Jordan is an Inductee to the Pop Culture Hall of Fame as a Legend for 2022. 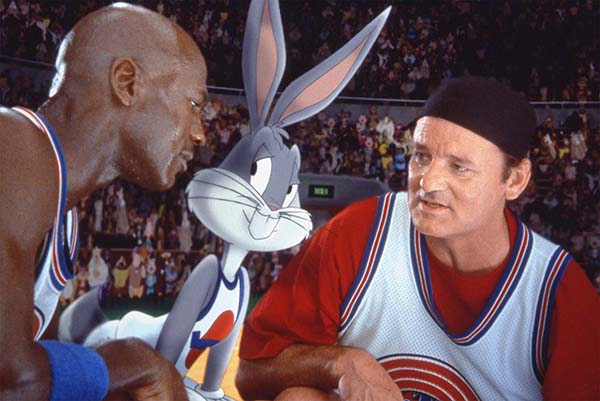 Jordan wasn’t the highest-scoring player in NBA history (Kareem Abdul-Jabbar, soon to be passed by LeBron James). Nor did he win the most championships (Six compared to Bill Russell’s 11). Heck, he wasn’t even the first pick in the draft and one of the teams that passed on him has no regrets (Houston Rockets, Hakeem Oulajowan).

So why do people regard Jordan so highly? Those highlight reels. Stylish dunks, mystical ball handling, and a peak of performance so dominant it felt like the Chicago Bulls would never lose. Gotta be the shoes.

For years, athletes signed contracts to wear and endorse shoes from various companies. But those were usually existing designs from those brands. If you watched Jordan’s career unfold in real time, he really was a sight to behold, and Nike realized he called for something special. The Air Jordan, a stylish, unique new shoe was created just for him, and it set fire to the worlds of sports, fashion, and pop culture. Ads for the new kicks featured Spike Lee as his hype man, which sent millions of kids running to the mall to buy a pair.

Soon, Gatorade, McDonald’s, Wheaties, and Upper Deck were on board too. He made a little movie called Space Jam (and here, Jordan definitely tops LeBron!). Throw in jersey sales, action figures, and other collectibles, and you see the beginning of a pop culture legend. Even his wagging tongue during dunks influenced a generation of young players who tried to mimic it. Also, Lightning McQueen did in an early scene from Pixar’s Cars.

All the while, he’s always seemed larger than life, but kind of relatable. Jordan’s off-court persona has always been chummy, kind of humble. When he started to lose his hair, he just shrugged shaved his whole head, and inspired a generation of kids to do the same.

His pop culture success came at a price… well, sort of. Jordan realized he was making so much money off-court that he shrewdly took a massive pay cut from the Bulls, who could then spend that money on talented teammates, which would result in more winning, which would result in more endorsements for MJ. Smart guy. He made enough money to buy the Charlotte Hornets NBA team, which keeps him busy today. 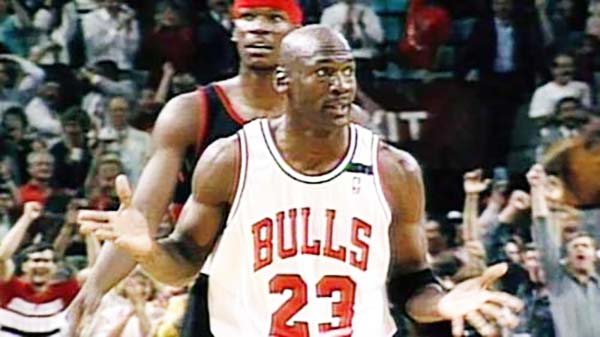 Today, most of the NBA wears uniforms with the Jumpman logo, a silhouette of Jordan. It’s a Nike sub-brand, and it takes the place of the familiar swoosh. New models of Air Jordan shoes are released every year.

For his blend of no-nonsense work and flashes of style, Michael Jordan is inducted into the Pop Culture Hall of Fame for 2022.