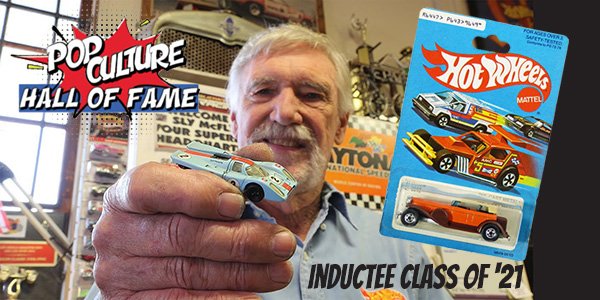 Larry Wood is considered one of the greatest automotive designers of all time, yet you hardly ever see one of his cars on the road. Actually, you do see them on an orange plastic highway, because Wood designed them for a little company called Hot Wheels. Kids didn’t know his name at the time, but among diecast car collectors, he has become a legend. And for that, he is now in the Pop Culture Hall of Fame as a Designer.

Wood created absurd fantasy cars, realistic customizations of actual cars, and all sorts of designs that fall somewhere in between… not a real car, but not really so far our that it couldn’t exist. And he did that for about 50 years never really retiring (he is still doing car design today).

Between Hot Wheels and Barbie, Mattel seemed like they owned the entire toy market at the time.

His designs were so iconic that it’s hard to believe he wasn’t on their design staff right from the very beginning. Hot Wheels debuted in 1968, and Wood would join them two years later. Fantastic concepts cars like the Tri-Baby or wild customs like the Funny Money armored car dragster gave kids something to dream about driving as adults and also something to whiz down those orange strips of track.

The Jack Rabbit Special really stood out at the time, though, because it was the star car of the early ’70s Hot Wheels Saturday morning cartoon. So in a way, it felt the most real of all of Wood’s creations. 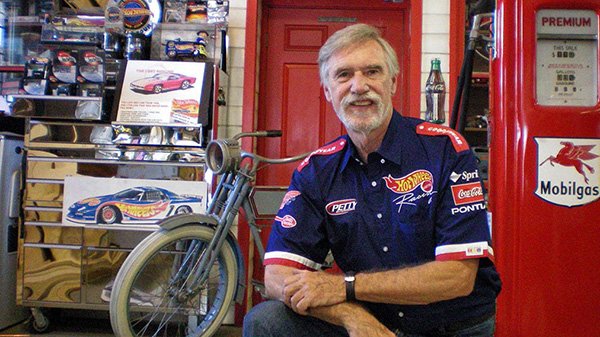 By the 1990s, as the brand was celebrating its 25th anniversary, the earliest Hot Wheels cars were getting a new wave of attention from collectors. And by this time, people actually started to know the names of the folks who had been designing them. As collectors conventions became bigger and more elaborate, Wood became quite the celebrity among fans.

Wood’s designs continue to be celebrated, especially during iconic anniversaries like the brand’s 50th a couple of years. ago. Go to any toy convention, especially a Hot Wheels gathering, and Wood is likely to be there with a huge throng of fans wanting to shake his hand and have him sign their favorite car.

For all the huge impact of his tiny designs, Larry Wood deserves a spot in the Pop Culture Hall of Fame.