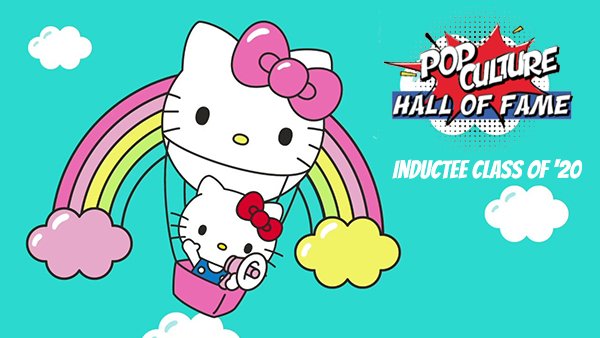 “Kawaii” means “cute” in Japanese, but another way to say it is “Hello Kitty.” The overly cuddly, round feline character has been a staple of pop culture worldwide since the mid-70s and just keeps purring. And now she and her friends are Inductees in the Pop Culture Hall of Fame for 2020 as a Franchise. 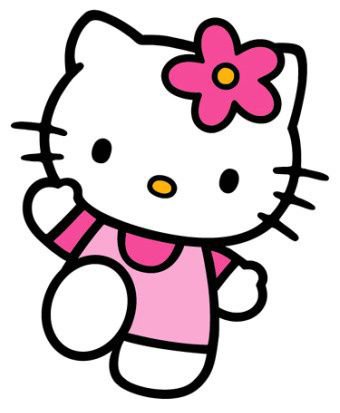 In 1962, Shintaro Tsuji, founder of the Sanrio Company discovered that adding paintings of flowers and other cuteness to their kids’ rubber shoes led to increased sales. Several artists were hired to devolop animal characters, and in 1974, artist Yuko Shimiz drew a simple, round cat character.

Oddly enough, Hello Kitty’s backstory declares that she is a British feline, for the simple reason that all things British were all the rage in Japan at the time. She’s never had a catchphrase, as she doesn’t have a mouth… Sanrio decided she should speak from the heart in no particular language (or in a universal language of love and friendship.) Either way, she made her debut on a plastic coin purse in 1974 and made it to the US two years later.

Initially, the cat was marketed to young kids, but after about 20 years, Sanrio felt there was now a “retro” market for the character from teens and even young adults. She has also taken on different personas, often wearing less cute pink tones in favor of darker hues to reflect consumers’ tastes. Badtz Maru, one of her friends, has also carried a “naughty” image for the franchise. 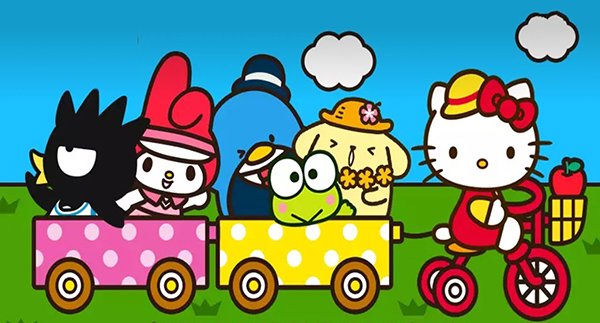 Hello Kitty has had many lives since her birth. In the late 1970s, her popularity slipped, so she kind of disappeared for awhile and came back to a warm welcome. Having here come and go every few years seems to give the character a chance to be missed and make a fresh appearance every now and then. Those appearances total over 50,000 products to date.

Hello Kitty has no mouth, but she does have a loud voice in pop culture. And that’s why she is an Inductee in the Pop Culture Hall of Fame for 2020.