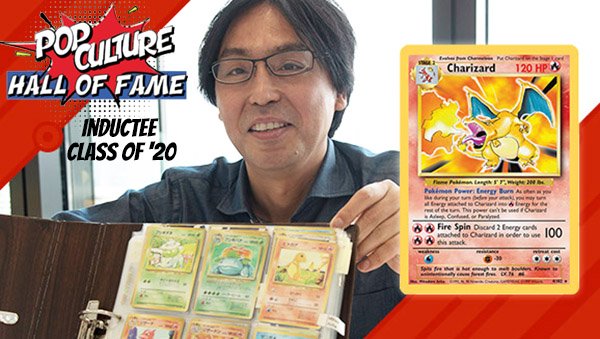 The world of Pokemon feels like it’s been around so long that characters like Pikachu (who is everywhere) and Charizard (much harder to spot) have been alive forever. But it’s only been a quarter century, believe it or not. 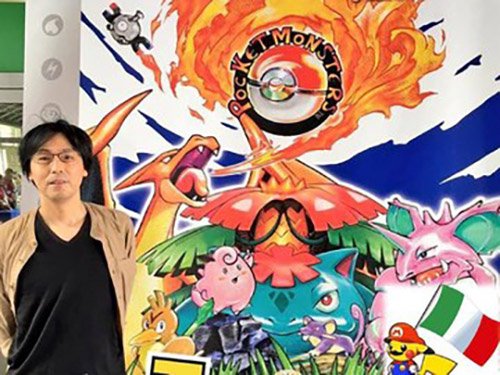 The continuing cultural impact of those monsters is impossible to estimate. Mitsuhiro Arita, the artist credited with creating the illustrations of those characters for the original card game, is an Inductee to the Pop Culture Hall of Fame for 2020 as an Artist.

Like many artists on the project, he was a freelancer just looking for an extra gig. Pokemon has since become his career-defining work.  In many cases, character parameters and basic designs were figured out ahead and presented to him to turn into detailed art for the cards and other purposes.

Arito has created hundreds of other illustrations, of course, but none that have become quite as legendary as those two right out of the gate. “I always thought that I’d probably never be able to draw cards that people liked as much as those two,” he says. “But I’ve gotten a lot of good feedback on a recent Mewtwo, so maybe there’s a chance!”

One of his favorite aspects of the Pokemon project has been that his art style naturally works for these creatures, so he has never had to worry about adhering to a particular style. Still, he studies modern art trends and practices incorporating new techniques and styles when possible without losing the spark that made his early work legendary. 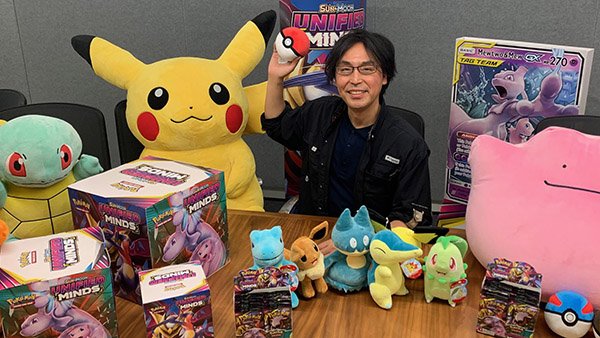 Arita remembers the beginnings humbly. “When I first began working on the Pokémon Trading Card Game, I had no expectations I’d be working on it over 20 years later,” he said in an interview years ago. Asked if he would have charged a bit more had he known the full impact of his contributions, he said, “Of course!”

Not that he’s complaining, of course. Twenty-five years and counting as a pop culture titan is a pretty nice run, and for that, he deserves his spot in the Pop Culture Hall of Fame.