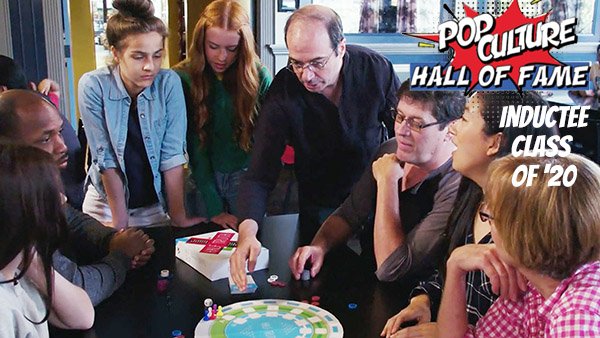 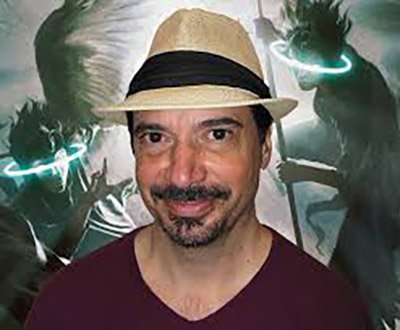 For all the complexities of Magic The Gathering, it’s hard to believe the key to the game’s success was to go back and simplify it a bit. Richard Garfield, who created that game (and countless others) is an Inductee to the Pop Culture Hall of Fame for 2020 as a Game Developer.

Garfield had developed a game called RoboRally in the mid 1980s and got the interest of game company Wizards of the Coast. Their initial reaction was they loved the idea, but it was too complex and likely too expensive to produce. So they asked him to think smaller. 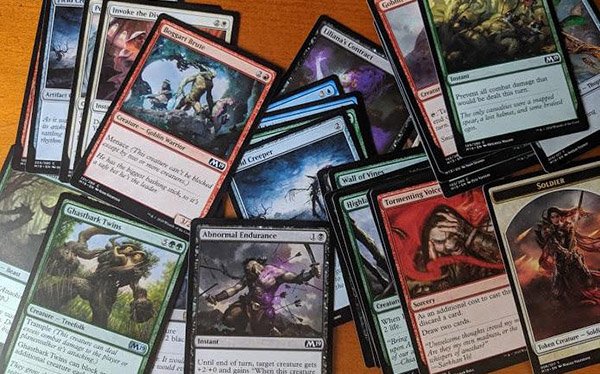 Garfield then presented a new game, primarily card-based, which was not onlly inexpensive to produce, but also easy to transport to basements, cafes, and eventually conventions and, well large gatherings. He and the company both realized it was easy to buy in with a basic starter set, and then game play could be expanded with the contstant introduction of new cards and features. Add in the ability to customize cards and rules for different purposes, and Magic The Gathering was on its way to enormous success. 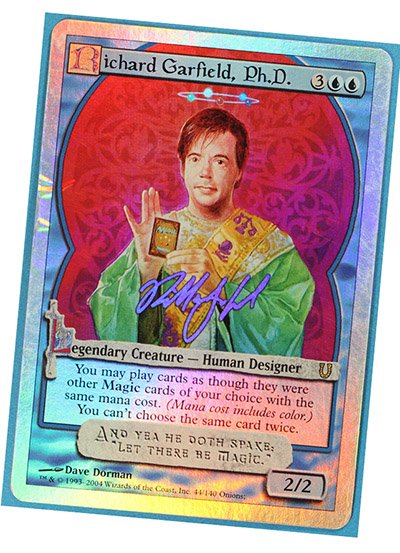 And for good measure, some cards were produced in limited quantities, resulting in a collecting culture that has likely become more popular than the baseball cards that inspired them. (Oddly enough, an online forum, Magic The Gathering Online Exchange became MTGOX, the company from which Bitcoin was spawned.)

Patience and perseverence paid off for Garfield in other ways, as RoboRally was finally published a decade later in 1994. By then, cost was not a concern, as his reputation was enough to sell that game regardless of price or complexity.

In the decades since, Garfield has helped develop dozens of other card games, board games, and online games. As successful as many of them have been, The real magic is in his early work, which is more popular than ever. For that long-lasting influence, Richard Garfield is an Inductee in the Pop Culture Hall of Fame for 2020.