Some gamers spend hours on end playing the latest video adventures, while some try to get it over with as quickly as possible. And if they do it fast enough, they raise a lot of money for charity.

Games Done Quick is a group of speed runners – gamers who try to set records for insanely fast completion of levels or entire games  – all for a good cause. And for that combination of fun and generosity, this organization is the Pop Culture Hall of Fame’s 2020 Inductee in the Charity category.

According to GDC founder and speedrunner Eric Koziel identifies the 2007 “Desert Bus for Hope” donation drive and various events organized by The Speed Gamers gave rise to the Games Done Quick movement. (Yes, the slowest video game of all time inspired a speed running event. Go figure!) Newer events have featured entries from such popular game franchises as Halo, Portal, and God of War.

Games Done Quick is a series of charity video game marathons featuring high-level gameplay by speedrunners. Games Done Quick has teamed up with several charities over the past decade. Events in the past have been held in person, with an audience watching players race head-to-head on the big screen. Including runners, staff, volunteers, and spectators, live events average about 2,000 attendees. Typically, there is a January event called Awesome Games Done Quick and a summer event, Summer Games Done Quick. 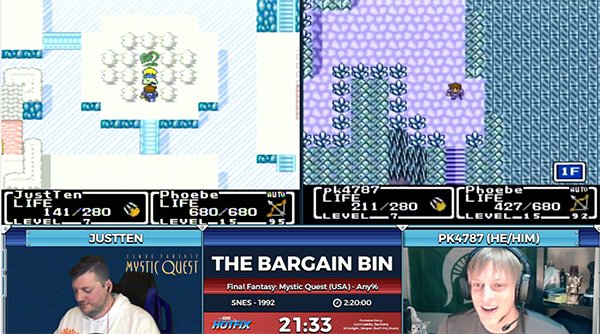 For 2020, it worked a bit differently, but even as an online gathering, it was still a huge success. Despite the sudden change of format, the events still brought in well over $2 million for the year. Future events will eventually return to the live format when possible.

Benefactors include well-respected organizations such as Doctors Without Borders and the Prevent Cancer Foundation. In fact, Games Done Quick is the single biggest fundraising event for either charity. And for that, they deserve a spot in the Pop Culture Hall of Fame.