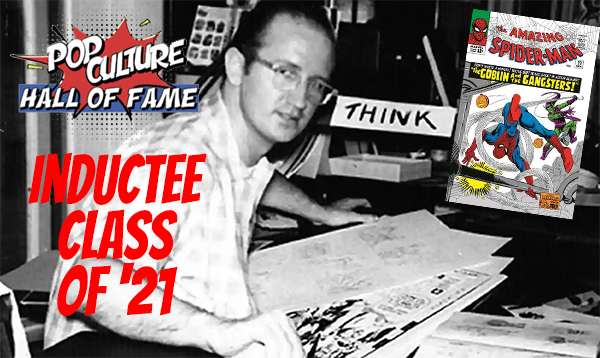 Comics readers often credit Stan Lee (inducted in 2015) as the principal creator of most Marvel characters during the 1960s, but you have to remember he was primarily the writer. However, even casual fans of superhero comics regard artist Steve Ditko as an equal partner, possibly more, in the creation of Spider-Man. Ditko’s character design, as well as his own contribution to the narrative, are largely responsible for the direction of Marvel Comics at the time. Such brilliance makes Steve Ditko worthy of the Pop Culture Hall of Fame as an Artist for 2021.

A huge comic reader as a kid, Ditko got a big break after serving in World War II when he discovered Batman artist Jerry Robinson was teaching at the Cartoonist and Illustrators School in New York. While a student there, his work was first spotted by Stan Lee and the gears started turning.

In the early 1950s, Ditko worked with Jack Kirby at Kirby’s studio. Both would eventually end up at Atlas Comics, the precursor to Marvel. Oddly enough, some comics fans might consider them rivals, but really they were just two extremely talented visionaries working on different cool projects for the same company.

Ditko was tabbed as the main artist for Marvel’s new superhero series The Amazing Spider-Man. As such, he is often credited as much as Lee as the creator of the iconic web-slinger. “I wasn’t sure Stan would like the idea of covering the character’s face,” said Diko years later, “but I did it because it hid an obviously boyish face. It would also add mystery to the character….” The teenage hero debuted in 1962 and resonated with young readers instantly. Spider-Man would go on to become arguably Marvel’s most popular franchise, as relevant today as it was early on. 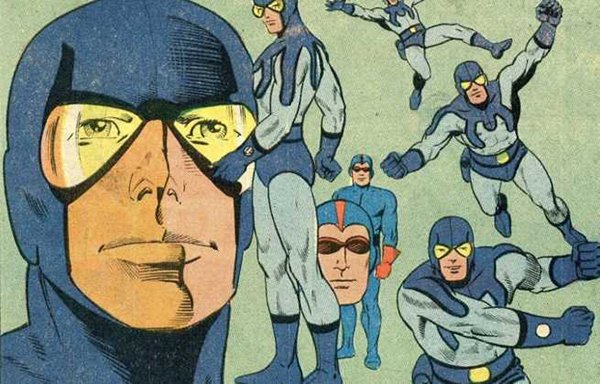 Along with countless other stories, He was also co-creator of Dr. Strange. While not quite as big a star at the time, Strange has become a key part of the Marvel Cinematic Universe, which had to be gratifying to Ditko, who died in 2018, well after Benedict Cumberbatch brought the character to screen.

Kirby abruptly left Marvel in the early 1970s, never really publicly stating why he departed. It’s possible his experience was similar to Kirby’s, who left feeling disrespected and underpaid, seen only as the guy who “just drew the pictures.” In fact, Ditko rarely gave interviews except to explain he would rather let his work tell the important stories. Rounding out his resume, he would go onto work at DC and Charlton Comics, logical steps for someone of his talent and reputation. 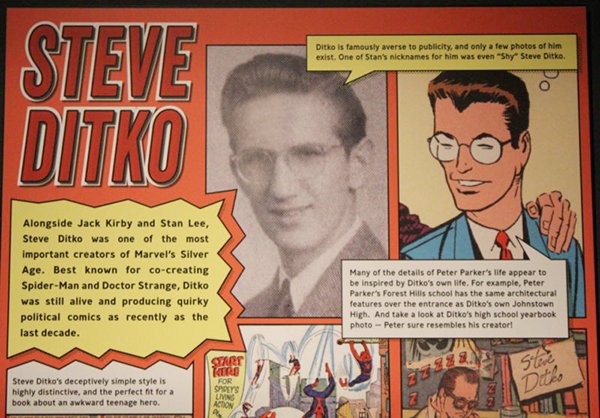 Of course, who is Spider-Man without his greatest foes? Diko’s imagination ran wild creating Doctor Octopus, The Sandman, Electro, and the Green Goblin, all of whom make Spidey seem kind of mild-mannered and normal. What kid reading those comics didn’t believe if they could just get a radioactive spider bite, they too could live a life of adventure? For that inspiration, Steve Diko deserves a spot in the Pop Culture Hall of Fame.