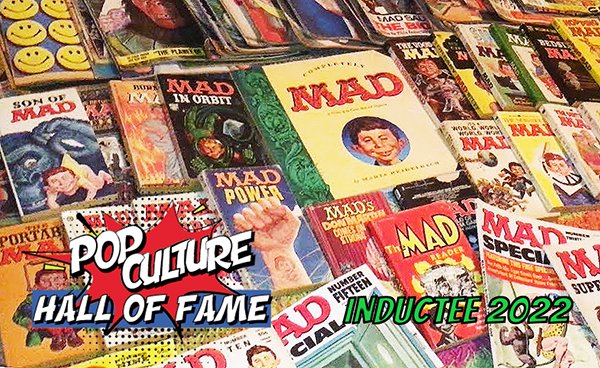 Long before Beavis and Butthead, The Simpsons, South Park, and pretty much the entire internet, MAD magazine was where kids got their dose of snark and sarcasm. The legendary collection of talented writers and artists inspired millions of kids, although what they were inspired to do varies in taste. Nonetheless, MAD is inducted into the Pop Culture Hall of Fame as a Brand for 2022.

MAD didn’t start out as a “magazine,” in fact… it was technically a “comic book” based on the format, paper type, and content. Founder William Gaines was famously cavalier about who might be reading MAD and his other E.C. publications. He figured retailers and parents would monitor this stuff with a measure of common sense and… wait, did we just say MAD was the voice of common sense? 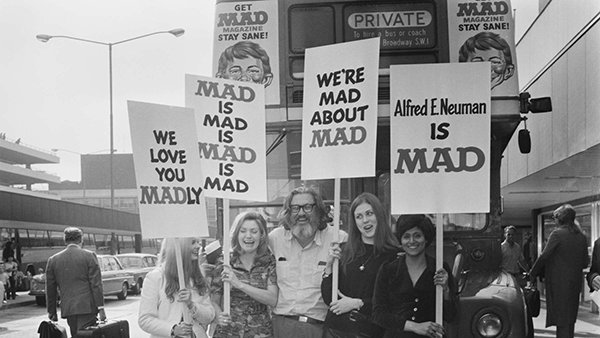 The gore, violence, and crude humor of comics in general caught the attention of the U.S. Congress. For those familiar with Senator Eugene McCarthy’s crusade against communism and filth in Hollywood, his attack on the comics industry was a more brutal juggernaut. Gaines’ flippant but honest testimony didn’t help his cause much.

So Gaines decided to kill it off. In fact, issue #6 of MAD contained an obituary for the publication, as did several other E.C. publications. From those ashes quickly arose MAD as most of us remember it… pulpy newsprint, mostly black and white, and most importantly, lots more words. Yes, by shifting some of the content from comics to word-heavy stuff, MAD was able to rebrand as a magazine.

Luckily by the 1960s, American culture got its brain right and accepted MAD as a reasonably silly but bright voice in the culture. People of a certain age might have been lucky enough to read it from the mid-’60s to about 1980, which was the peak of its popularity and the nexus of the original talent and a fresh new generation of creators sharing those pages. 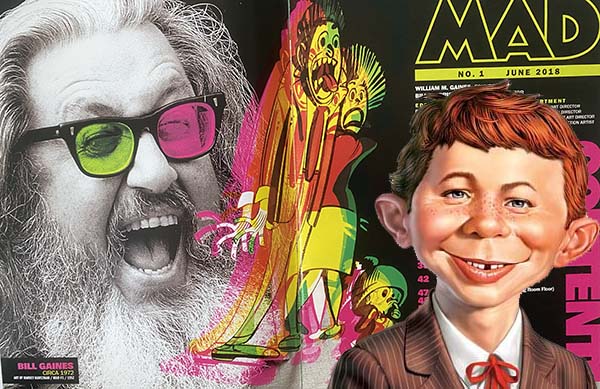 The absurdity of their move and TV satires, single-page standalone sketches, fold-ins, advertising parodies, and other nonsense was vital to kids of that era. In fact, some of the humor was so on point, it actually was kind of serious. And their takes on R-rated movies were so spot-on that kids from those days might feel like they actually got to see them in the theater.

Alfred E. Neuman, their dopey, oblivious mascot lives on in infamy, having appeared on (almost) every single issue of the magazine. What, Me Worry? Words to live by.

MAD has since ceased publication of new material, but they occasionally pump out collections of vintage garbage that still rings true. And for that, the Usual Collection of Idiots who created MAD are now part of the Pop Culture Hall of Fame for 2022.