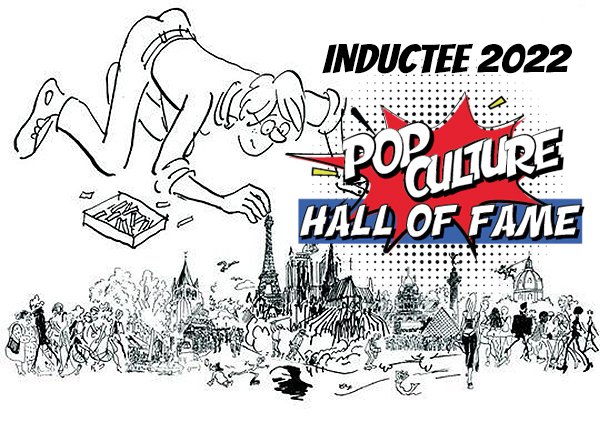 No country reveres its cartoonists and comics creators quite like France. Herge, the creator of Tintin, is practically a god there, even though he was Belgian. One of the most revered institutions in French publishing is Charlie Hebdo (Charlie Weekly), a satirical magazine of comics and writing. Cartoonist Cabu forged his legend there, and now has earned a spot in the Pop Culture Hall of Fame as an artist for 2022.

Overtly political, mostly left-leaning, and unafraid of controversy, Charlie Hebdowas first published in 1971 and then disbanded a decade later under controversy for its content. A decade later, they decided that controversy was their raison d’etre, and have been back ever since.

Cabu (Jean Cabut) was part of Charlie Hebdo from the get-go. He was widely regarded as one of France’s most popular and talented comic artists. His linework was loose and sketchy, with nary a straight line to be found. His humor was sharp and brief, subtle expressions and gestures were key to the joke.

Think of South Park, MAD, or National Lampoon and their irreverence for anything and everything they deem worthy of ridicule. Much like those institutions, Charlie Hebdo is an equal opportunity offender. If they make fun of one political party, they will make fun of them all. Same for pop culture, the same for companies, same for celebrities. Also, the same for religions.

Prior to Charlie, Cabu worked for Hara Kari, another French magazine rooted in the same ethic (or lack of ethic… it’s satire, after all, let’s have some fun!). Cabu was put on this Earth to make folks laugh and think via comics. 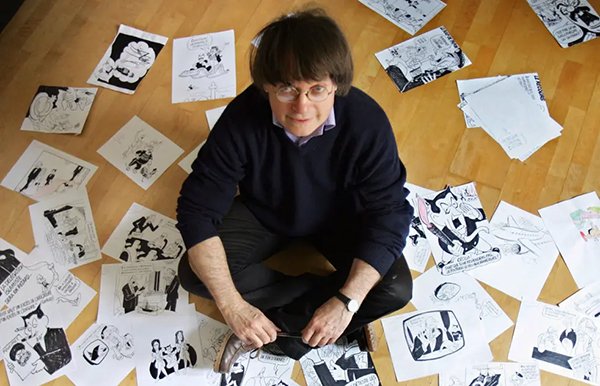 In 2006, the magazine dared to publish a dozen comics that depicted the Muslim Prophet Mohammed, which of course, is considered blasphemy. Cabu drew the cover illustration for that issue. Ever since, the magazine had received threats of violence, culminating in a January 7, 2015 attack at the offices during which a dozen people were killed. Cabu was among those.

To their credit, surviving staff members somehow published a scaled-down issue on schedule the next week. The usual run of about 60,000 copies was raised to a million for that issue, instantly selling out worldwide. It included some new work by the slain cartoonists including Cabu. They ended up printing another 2 million copies, which also sold immediately.

A film crew was onsite the day of the shooting, working on a documentary about Cabu to be called Politiquement Incorrect! Cabu lived and died by that idea.