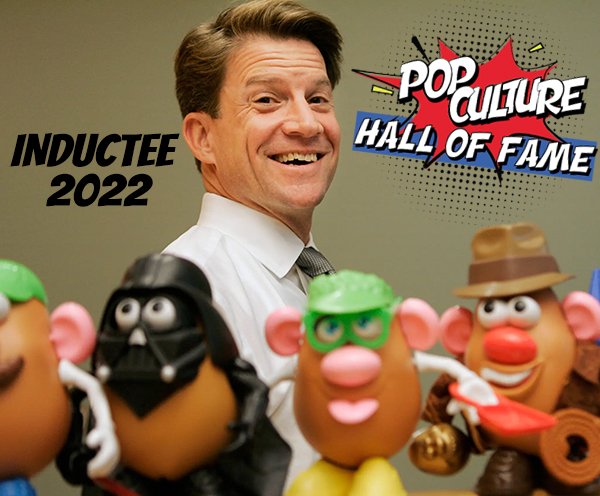 Quick, think of the companies that made your favorite toys when you were a kid! Mattel, Ideal, Fisher-Price, and Kenner, if you are of a certain age. Oh, and don’t forget Hasbro, of course! Brian D. Goldner became head of Hasbro in 2008 seeing that company from dark depths to the top of the toybox over the last couple of decades. For his contributions to steering his brand toward success, Goldner is an inductee of the Pop Culture Hall of Fame as an Entrepreneur for 2022.

In the late ‘90s, Goldner worked for Bandai, known mostly for action figures and other toys tied to Japanese entertainment. Those were his first claws into the world of toys. He would eventually move to Tiger Electronics, a division of Hasbro. 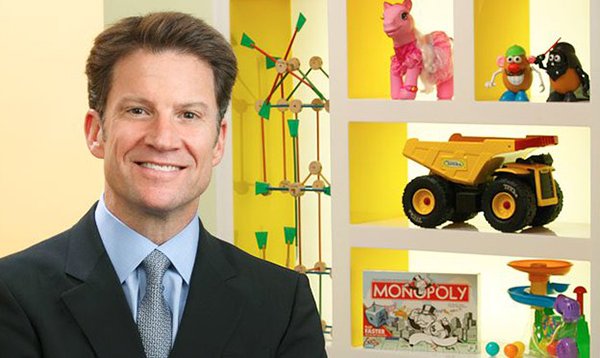 At the time, Hasbro, like most traditional toy companies was struggling. Video games and other ephemeral past times were eating into the idea of, well, playing with toys. Goldner, with his experience in video games and toys, was able to balance those concepts.

He snagged a spot as executive producer on the Transformers and G.I. Joe film adaptations. From those ventures, he was able to spin Hasbro properties into a license for Disney/Marvel characters on and off screen.

Consider the toys that came from Hasbro from the time he took charge: Everything from Cranium. Renewed Star Wars action figures and toys And since Hasbro was so good at it, Disney (which owned all the Star Wars licenses by then) let them do the new Princess lines among other toys. Also, the folks at Saban tasked Hasbro to cover their toys. Saban includes The Mighty Morphin’ Power Rangers among other properties, a connection to his Bandai era. So yeah, kind of a big deal.

Around this time, Hasbro embarked on a video venture, finding unexpected success in their My Little Pony properties. Intended for kids, it found a wide although somewhat ironic audience among teens and male adults. Bronies were all in on the comics and cartoons and the rest is some strange pop culture history.

Goldner was also credited with broadening Hasbro into a character-based multimedia company. He continued his role in the company’s movies. Goldner was responsible for making Hasbro a licensee of Disney’s Marvel Universe characters, so he kind of reverse-engineered the movie success for his company there.

Sadly, Goldner died in 2021, just after leaving Hasbro to attend to his health. Nonetheless, his success at Hasbro lives on at the toy stores and as a member of the Pop Culture Hall of Fame.