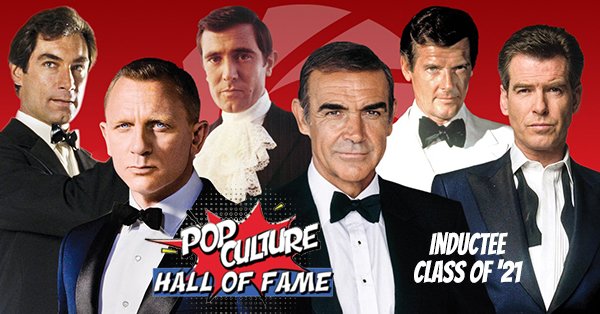 “The name’s Carruthers… Peregrine Carruthers”. If that doesn’t ring a bell, perhaps you know the character by his eventual name. Author Ian Fleming wanted a bland name for his spy character and chose James Bond. The rest is history, and that’s why James Bond is joining the Pop Culture Hall of Fame for 2021 as a Franchise. 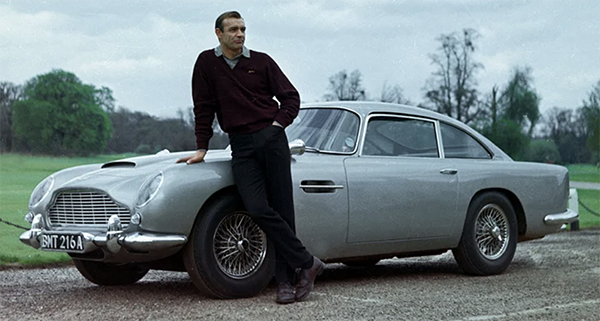 James Bond turned 100 years old recently, and he’s better than ever. Well, sort of… Ian Fleming’s first novel about Bond, Casino Royale, was released in 1953. If Agent 007 is supposed to be in his mid-30s, then he would have been born around 1920. Of course, in the films, Bond gets to reset every so often, portrayed by a different actor whose sensibilities fit the era of each film.

Unlike Doctor Who, there is no explanation for the sudden change of lead characters. No regeneration, no Christmas special, just another actor who generally takes the franchise in a new direction and spirit. 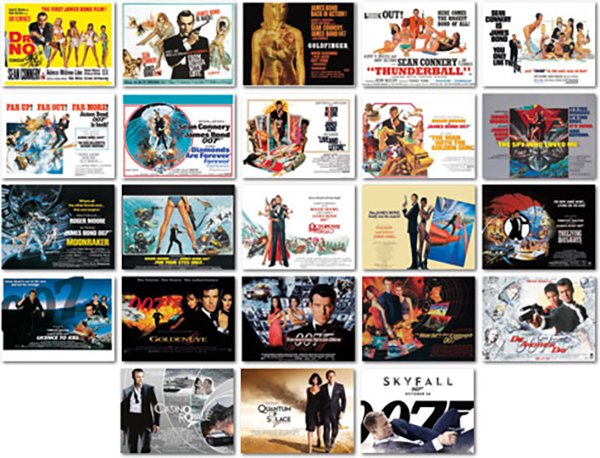 Despite the rotating cast, certain tropes pop up in almost every film. Bond has to wear a tuxedo at some point. He must introduce himself in a way no one else can. He orders his cocktails in a very specific manner (unless he’s really not in the mood for such nonsense. The gadgets, the cars, the women, the theme songs… Fans can endlessly debate the merits of each actor’s movies by comparing all of those details.

Sean Connery made the character suave and dashing through six movies (and one more non-canonical film). George Lazenby only made one but turned Bond into a sympathetic, even tragic figure. Roger Moore’s increasingly silly movies, seven in all, captured the free spirit of the 1970s. Timothy Dalton’s pair of entries reset the character as a brooding, violent, and ruthless, more in line with Fleming’s original character. Pierce Brosnan put a little fun back into his four films, never quite dialing it back to Moore levels of cheekiness. (Also, the GoldenEye Nintendo game remains an all-time classic). Then Daniel Craig sort of rebooted the character with an origin story and something of a conclusion in five gritty movies. Don’t forget David Niven even took an unauthorized, satirical turn in the original Casino Royale.

It’s anyone’s guess who will put on the tuxedo next… No Time To Die seems to drop hints that the 007 title will actually be taken on by another agent instead of just another actor. It may be a few years, but we haven’t heard the last of Bond… James Bond. A character this popular has No Time To Live and Let Die Another Day, right? 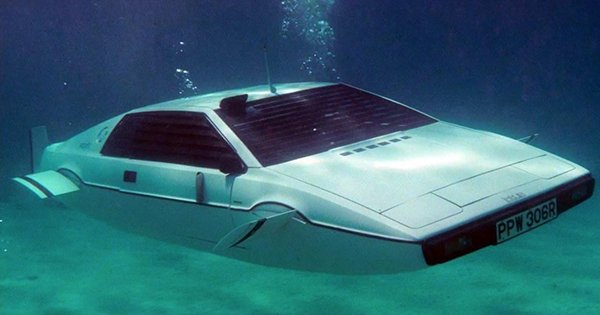 At 25 official films and holding, the franchise will eventually continue. No telling what direction the new lead will take, but for now, Bond is headed to the Pop Culture Hall of Fame.